Which iPhone model do you have? Here where to look.

How do You Find out What iPhone You Have

Not sure which iPhone you have got? Here are simple steps to identify an Apple handset by using the model number or the information that is available in the settings app, or based on the physical design.

Even the experienced users can find it hard to tell some iPhone apart. You might be wondering which iPhone you’ve got because only certain models can run the latest version of iOS. Or you might need to know because you’re planning to sell. You might have an issue with your iPhone and need to know what model it is so that apple or third party.

What iPhone do I have? Here’s the easy way to find out 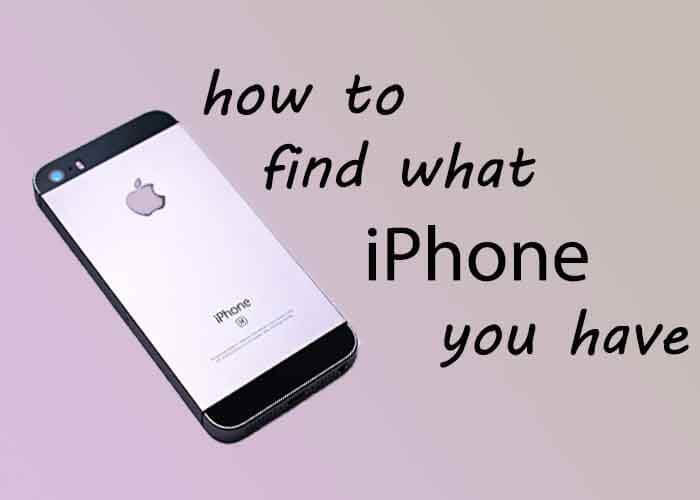 Now how can you tell which iPhone you have?

The easiest way to identify an iPhone used to be by check the model number on the back. The user will find the model number of your iPhone’s “A” model look for the “Model AXXXX” identifier. It will be in a fine print below the “iPhone” label.

In fact, if you can’t read the text on the back of an iPhone, you can just launch the Settings app and then navigate to General > About > Model. From there, tap.

once on Model to reveal the phone’s model number.

are too small to read there are other methods.

Which number is which?

Apple uses the two numbering schemes for its devices. The “A” number is a five-digit alphanumeric string that starts with the letter A followed by four numbers.

The second model number is a five-digit alphanumeric string that starts with the letter M, though the first character can change according to the model of the devices.

Sometimes, not always you will see “LL/A” or something similar appended to the end of this number it will refer to this second number as the “SKU” in this article for clarity sake purpose.

How to find the model identifier and “A” number on recent iPhone’s.

By starting with iPhone8, Apple stopped stamping the “A” on the back of the model. But the information is still on the phone its inside the operating system.

Here’s how to find both the “A” number and the model identifier.

Look in the setting for the model name and number.