How to match the job and candidates with psychometric test

There are so many companies that have started using psychometric assessment for hiring.

It was more specifically in olden times used for understanding educational psychology. But things and time both have changed and there are so many great assessment solutions like these which are now used for hiring.

How to match the job and candidates with psychometric test

Nowadays, it is not just the education for which psychometric assessment is used but now it is also a part of the pre-screening process.

Such type of test helps to sort much better occupational division of the candidate and focuses top offer the employers with a convenient way to select the suitable applicant for promotion or hiring.

Understanding more about the pre-screening test:

It offers the employer a clear idea about the working condition of the candidate and whether the person can easily get adjusted with other people’ workability or not or how much is the candidate able to cope up with the stress and deal with the intellectual demands that may come across the job and so on.

But along with such test, considering the aptitude and personality test can further help the employer to make the decision. Since, aptitude is all about understanding the pattern of the candidate to grasp up the new task and personality test is all about understanding the behavioral way of the candidate to deal with the working environment, it makes more convenient for the person to jump on the conclusion and then do the further hiring process along with better comparison.

No doubt that such type of options can be a part of a pre-screening solution. But you must equally digest the fact that it is not the only solution you must carry to deal with hiring.

The focus of personality tests is to give your recruitment process a better boost since you would be able to qualify the ability of the aprons by asking the questions that can get the thoughts and behavior of the candidate to deal with different scenarios out.

The test needs to be answered in a stringent timeline and there would be certain points that would be given for each of the corrector more prominent answer that is given.

It is important to understand that the person who answers the maximum question in less time span would eventually be shortlisted for the next round of interview.

Understanding more about the need for a psychometric test in recruitment

There are many established types of such assessment which are more basically used in selection and recruitment process.

It solely focuses on analyzing the overall ability and stability of the candidate in terms of showing emotional and psychological output and shall never get confused with those tests that are generally used in clinical psychology.

However, in recent times, there has been significant growth that claims to measure the honesty, integrity and also the control of the anger.

Such test have attracted the attention to many people and have even given the birth to different controversy since the question that pops up is about its validity but undoubtedly the employers still prefer to opt for such type of solution for better hiring.

What the reports say for now:

According to the reports, it has been stated that such type of testing is more popular in the USA among the 500 fortune companies. The rate of nearly 80% of the top most companies seems to be using such type of solution.

Besides, more than 75% of the top 100 companies have been using such an option in a country like the UK. Other than this, more especially companies and organizations that belong to the financial institution, Information technology,.

Management consultancies, police forces, armed forces, and even the civil force to name a few widely use such type of testing to be sure about the candidate which they intend to hire.

The career progress with such test:

If you do a comparison of such test with other types of pre screening solution, you will understand that along with the prospective employers even the employees find the best match of the job that interest and boost their career.

This way, it helps to balance the working environment since only those candidate get hired who are pretty much comfortable and have the interest to work in such environment.

Along with it, such option also offers the management with the right guidance on the career progress for those employees who are currently working in the organization.

Due to such importance in making the personnel decision, it is important that tests need to be clear on coming up with the better and accurate results depending on the statistical principles along with much-standardized methods as well.

How you need to create a strong psychometric test:

When it comes to creating the test for your own organization, there are some crucial points that you need to consider. Talking of which, understand that your test needs to be:

With all the above things that have been specifically mentioned for such type of test, make sure you use them in your hiring process and get the possible results for the right selection in less span of time. 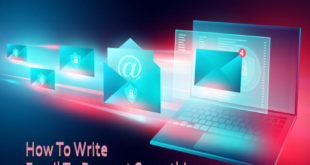 How To Write Email To Request Something 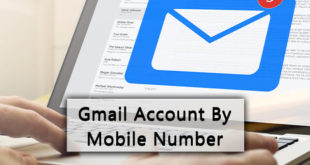 How to create a new Gmail account by mobile number