Google docs is a way modern incarnation of pen and paper systems in the modern-day offices. Here, you can create letters and other documents by using your computer keyboard instead of a traditional pen and paper. Google Docs is a word processor service by Google offered within the office suite.

It is accompanied by a spreadsheet service Google Sheets and a presentation service named Google Slides. Google docs can be used in several different browsers such as Google Chrome, Microsoft Edge, Internet Explorer, Mozilla Firefox, and Apple’s Safari browser. Google Drive website is used for accessing the Docs. It is available in app form on Android, Windows, BlackBerry, and iOS.

Google Docs is compatible with Microsoft Office files. It allows users to create and edit files online with other users in real-time. A user can track the edits as Google Docs gives a facility of revising history.

As in Microsoft Word, features to give different effects to your text are available in Google Docs, too. You can make the text bold, italic or you can underline the text. Another feature we use usually use in Docs is to give the strikethrough effect to the text selected. Here we are going to tell you How to do a Strikethrough in Google docs.

Here is How to add Strikethrough in Google docs:

If a word or a group of words is no longer relevant in the document or if you type a word or words which you want to be seen as wrong to the persons reading your text. A line through text is known as Strikethrough which is used for making amendments.

Strikethrough is also used widely for checking items/tasks when you have to make lists in day-to-day life. Using it, you can see which items/tasks in the lists have been finished and which are yet to be.

But the thing that the user will not like is that Google Docs does not feature a shortcut toggle button for Strikethrough effects like Bold or Italics buttons on the toolbar.

First, highlight the text which you want to strikethrough. Then go to the menu bar. Click on Format. Then taking the mouse cursor over Text, you have to choose Strikethrough which you will see on the pop-out menu. After clicking it, your selected text will have a horizontal line over it – This is “Strikethrough” the text.

Though, it is the proper method to do it. It is a bit lengthy and pesky to do so again and again if you have to strikethrough many different words or groups of words at different places in the document. So, there is a keyboard shortcut for this whether you are using Windows PC or MAC. 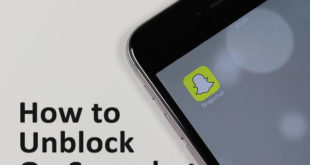 How to Unblock on Snapchat 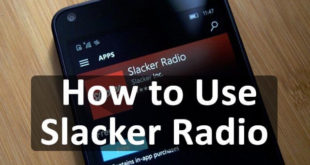 What is Slacker Radio & How to Use

Here you can read essential information about to close/delete your account from Lazada site,Here mentioned some effective methods can be helpful for you.