We absolutely love RPG games. Add a fantasy element to them, and we’re in heaven. Of course, it’s not always easy to find good Fantasy RPG games that aren’t restricted to a gaming system you have to lug around everywhere you go. And that’s neither convenient nor easy.

So, we decided to do a bit of preliminary research to see if there were other options out there for those of us who want to play dungeon RPGs but don’t want to be locked down to one gaming console.

Turns out, the answer is yes, and we discovered this when we came across a best-of app website with the top ten dungeon role-playing games.

We knew right away that we needed to try a few of them out; see what they were really about and (hopefully) find some new favorites along the way.

We’re very happy to reveal that we did just that, and we’ve linked below our top three games so you can have fun with them too.

Paladins let you play more than 60 chapters of an immensely engaging story as you gain achievements and play as loads of interesting characters.

You are forced to confront challenging moral dilemmas, which adds a level of mental strategy to the game that’s even more fun.

The writing is detailed and captivating, which is excellent if you’ve been looking for a game to fully immerse yourself in.

The one negative aspect that we can think of is that the game has a tendency to freeze now and again, requiring a forced quit.

While this isn’t stellar and can actually be pretty annoying (especially if you’re on a hot streak and suddenly have to stop playing), it makes sense given the level of detail the game offers. Sometimes, things just don’t load properly.

Pros: More than 60 story chapters, a variety of characters to play and explore, moral dilemmas are part of the conflict
Cons: The game freezes on occasion

Overall: As long as you’re patient should the game freeze, you’ll love exploring all the different fantastical features of this game

With Exiled Kingdom RPG, you get to choose whether you want to be a warrior or a rogue.

Then, start a unique adventure that’s specific to your character – we’re pretty confident that you will be instantly hooked (because we definitely were). From there, you can design your character, improve your skills, and select the perfect assortment of weapons to take down any monster you come across.

Weirdly enough, you can’t save the game if you happen to be inside a dungeon.

We don’t know why this is, and it definitely sucks when you just want to make sure you won’t lose progress. That being said, just make sure you save before entering a dungeon and it’s “problem solved.”

Pros:  Choose between different storylines, customize your character and their skills, build your own weapons supply

Cons: You can’t save the game when you’re inside a dungeon

Overall: As long as you make sure to save your game before entering a dungeon area, you’ll love how hands-on and customizable this game is

Monster Super League lets you totally kick butt with challenging combat that actually requires both skill and strategy – something you don’t always see in dungeon RPG games for mobile.

You have the opportunity to catch and raise monsters that will battle alongside you. And, as if that’s not enough, you can also craft an airship and explore in-game with help from your real-life friends around the world.

As you evolve your monsters, they become less cute and more fierce. If you want to play the game for the “cuteness” factor (which is a totally legitimate reason to play because the game’s adorable), then you may not like this.

Pros: Monsters are cute, you can explore the game world with real-life friends, raise your monsters from scratch

Cons: Monsters may become less adorable as they grow and fight for you
Overall: If you don’t mind monsters becoming more, well, monstrous, then you’ll love developing your relationship with these beasts as you battle it out against other players

We’ve had a total blast experimenting with these Dungeon RPG games and it’s definitely solidified these as top-runners for mobile (in our opinion, of course). But don’t take our word for it – there are so many ways to explore these unique and interesting worlds, why wait? Start today – we promise you won’t regret it. 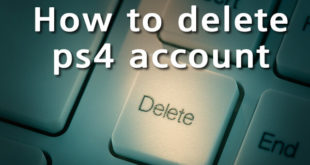